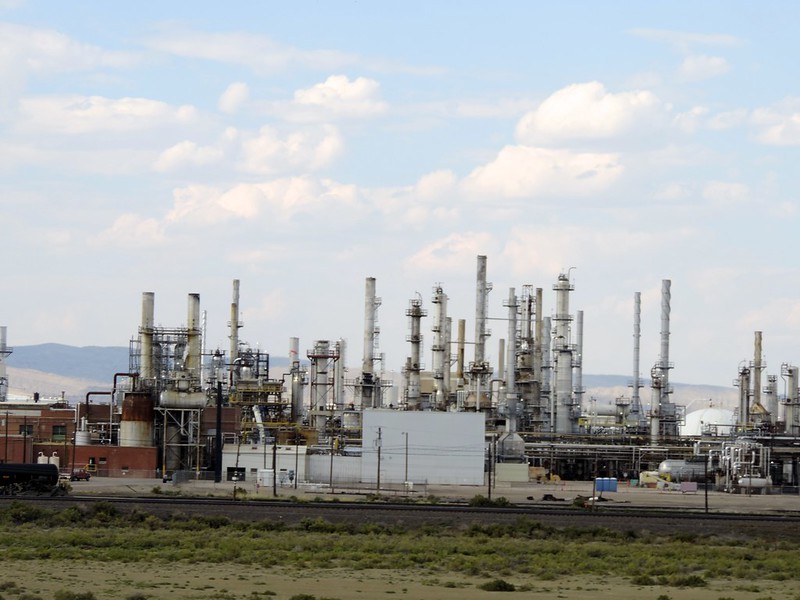 Cheyenne Mayor Marian Orr said it’s a 50-50 call if President Donald Trump will appeal a decision by a three-judge panel from the 10th Circuit Court of Appeals that overruled exemptions to renewable fuel obligations for small refineries.

Orr and Wyoming Gov. Mark Gordon have asked the president to seek an appeal. They said it’s an important financial issue for their state.

“I have been in communication with my contact at the White House for assistance in seeing my letter gets through the proper channels,” Orr told Wyoming Business Daily. “An appeal decision has not been made yet but many communities and states with small refineries like ours are calling upon the president to appeal the decision.”

Michael Pearlman, Gov. Gordon’s communications director, told Wyoming Business Daily that he did not want to speculate on the odds of success. Pearlman said the governor has been in contact with the White House, but is not sure if President Trump would ask for an appeal.

"To the best of our understanding, they have not made a decision yet,” Pearlman said.

If the decision is not overturned, it could have a real financial impact on people in the Cowboy State and beyond. Right now, it only covers small refineries that produce 75,000 barrels or less daily and are located in the six states in the 10th Circuit: Wyoming, Colorado, Utah, Kansas, Oklahoma and New Mexico.

The Trump administration has until Monday to ask the full 10th Circuit Court of Appeals to review the decision.

“Refinery jobs in Wyoming (more than 300 at the Sinclair Casper Refinery alone) are threatened by the additional burden the 10th Circuit decision places on these small refineries," Pearlman said. "There is a very real chance that the costs of these compliance credits could force some small refineries to close, impacting Wyoming families.”

On Jan. 24, the court rejected an Environmental Protection Agency decision to grant biofuel waivers to the small oil refineries. The court said the EPA used flawed data to reach its conclusion. It had granted biofuel waivers to Holly Frontier refineries in Cheyenne and Woods Cross, Utah, as well as CVR Energy's refinery in Wynewood, Okla.

The U.S. Renewable Fuel Standard, created in 2005 and expanded in 2007, mandates oil refineries blend billions of gallons of biofuel into their fuel or purchase credits from other producers. The goal is to reduce greenhouse gas emissions.

Refineries can ask the EPA for waivers if they can prove economic pain from the federal rule and since Trump took office, the number of waivers has greatly increased. The 10th circuit ruling noted that the refineries had not sought waivers in 2015.

The EPA exceeded its statutory authority in granting those petitions because there was nothing for the agency to ‘extend,’” the court stated.

It also said the EPA had used factors not included in its regulatory overlook in granting the waivers. That was improper.

The court’s ruling was cheered by agriculture interests who feel Trump has been favoring refineries by granting the waivers. That reduces the demand for ethanol, much of which is made from corn, as well as soy-based biodiesel.

“This ruling comes at a critical time for America’s farmers and the biofuels industry,” National Farmers Union President Roger Johnson said in a statement. The ag group was among the plaintiffs in the lawsuit.

“We believe this ruling will help restore the ability of the Renewable Fuel Standard to drive demand and expand markets for renewable fuels, as Congress intended, providing a badly needed shot in the arm for rural America,” Johnson added.

Orr said she was especially concerned about Wyoming refineries.

“Without the Small Refinery Exemption, which has been granted each year by EPA, the cost of buying the credits costs millions of dollars and does not actually do anything for the emissions,” she said. “It is an unreasonable and costly burden on all small merchant refiners and for HollyFrontier in Cheyenne specifically, it places the viability of the refinery in question."

This could mean the loss of hundreds of good jobs both direct and indirect and the loss of millions in tax revenue for the city, county and state, the mayor said.

Want to get notified whenever we write about U.S. 10th Circuit Court of Appeals ?

Sign-up Next time we write about U.S. 10th Circuit Court of Appeals, we'll email you a link to the story. You may edit your settings or unsubscribe at any time.